Iudex is a system of locally trained AI judges that helps reduce the number of small case hearings that reach the courtroom.

What is the future of work in the age of intelligence and autonomy? What jobs will be replaced and what will change in nature? What are the new jobs that will emerge and what will the tools and objects that facilitate this work be? We were asked to first look back in history to understand how jobs changed with the advent of technologies of the time to then project into in the near future. Thinking about the opportunities and the limits of automation and intelligence in specific working enviornment, when things will work and when things won't. Rather than looking at a fully automated or a fully manual future, we explored new interaction models and roles that might emerge between people and machines, people and people and machines with other machines. Iudex is a story and artefact of the near future within the Legal industry.

In today's court system, there has been a steady increase in the number of civil cases being filed and these are projected to continue increasing into the future. Courtrooms are burdened by the number of cases leading to long delays and increasing costs to both the public and to litigants. Iudex is a system of locally trained AI judges that helps reduce the number of small case hearings that reach the courtroom. Plaintiffs and defendants can run their cases by artificially intelligent judges who recommend settlement amounts and urge them to settle outside of court. Each AI judge is an apprentice of one human judge working in that district's court, trained on legal materials from all the past cases overseen by that judge. The AI apprentices mimic decision making patterns as well as biases of the human judges they were trained on and build predictive models of judicial outcomes. 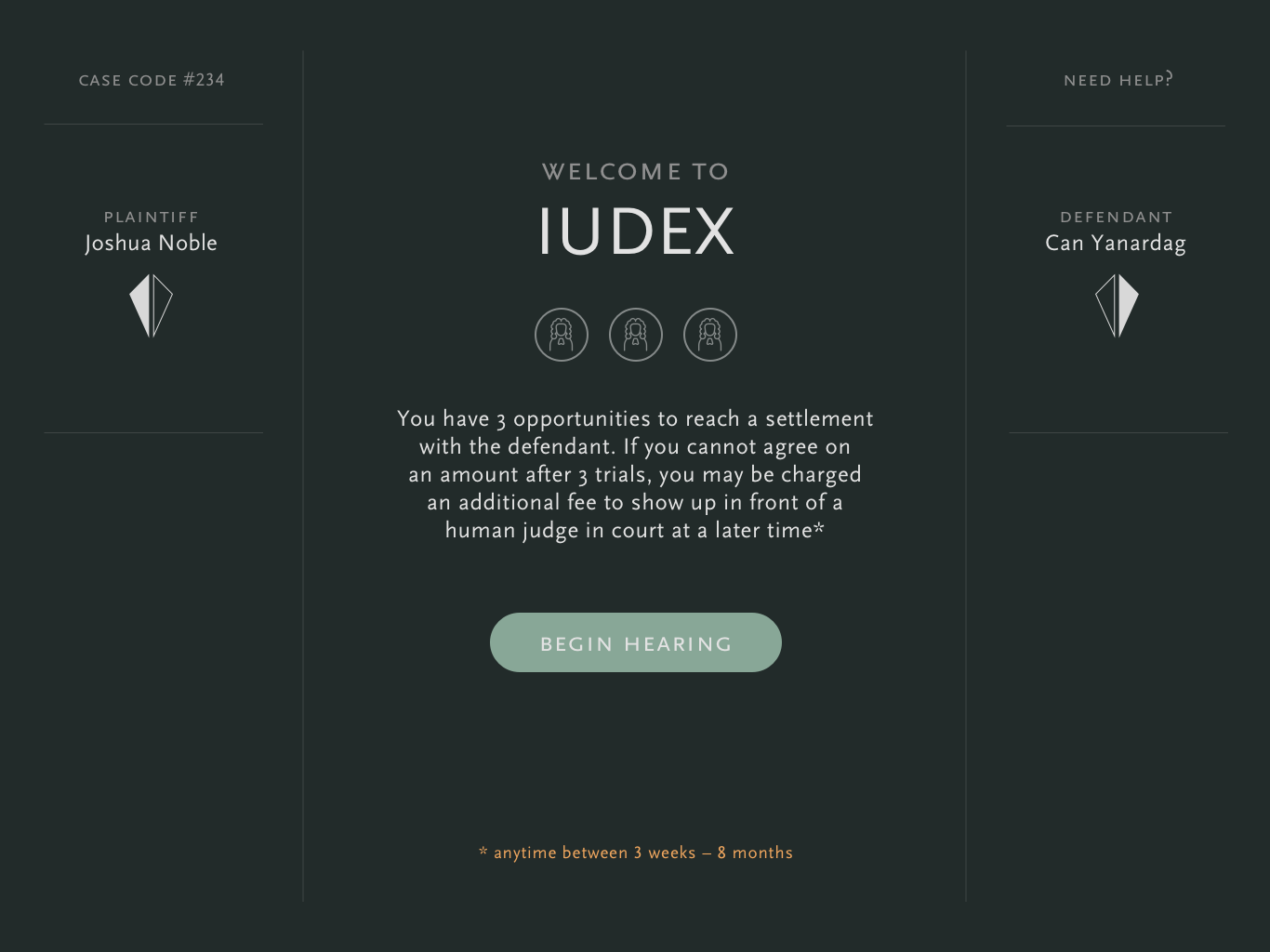 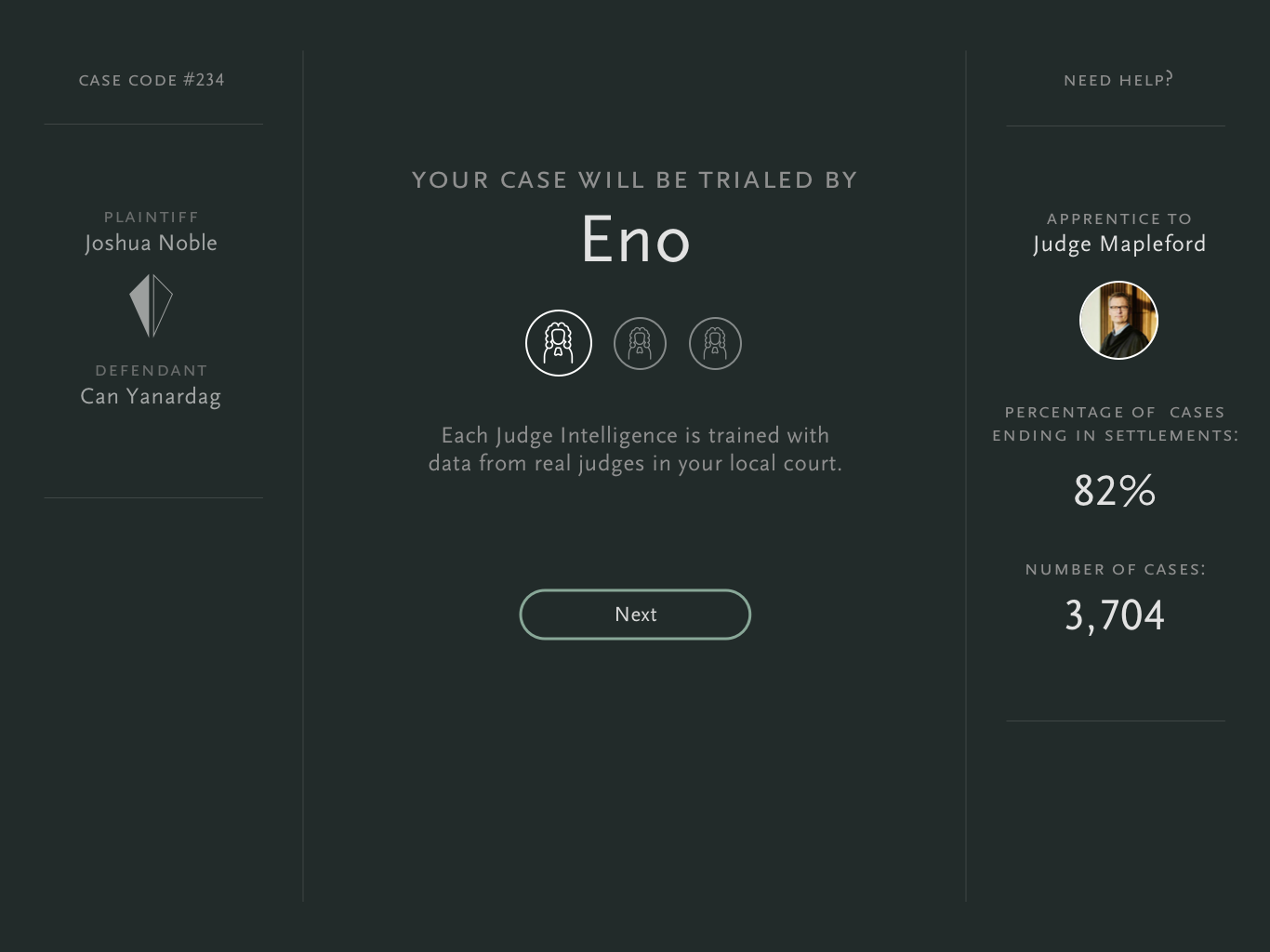 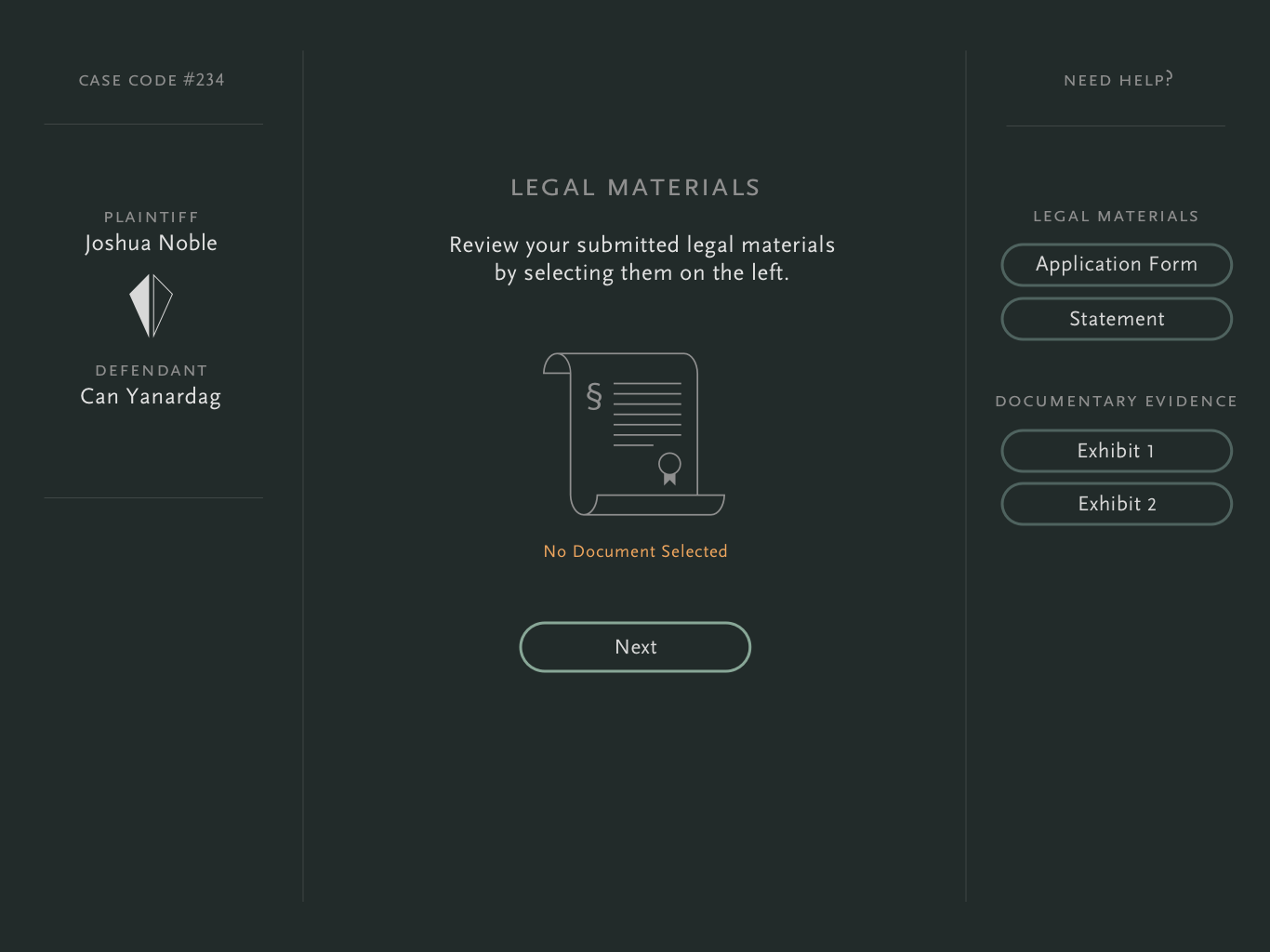 In the key interaction of the system, the AI judge projects an outcome and settlement amount to agree on. If the plaintiff and defendant cannot agree to the settlement, they can request their case to be seen by another randomly assigned AI judge for an alternative outcome on the spot. Each case can be seen up to 3 times. In the cases that the outcome is highly likely in favor of the plaintiff or defendant, Iudex will add a penalty fee for rejecting all 3 outcomes and electing to take their case to court. The aim of Iudex is to reduce the number of petty and frivolous cases and helps both the plaintiff and defendant make a more educated decision on taking the case to court. 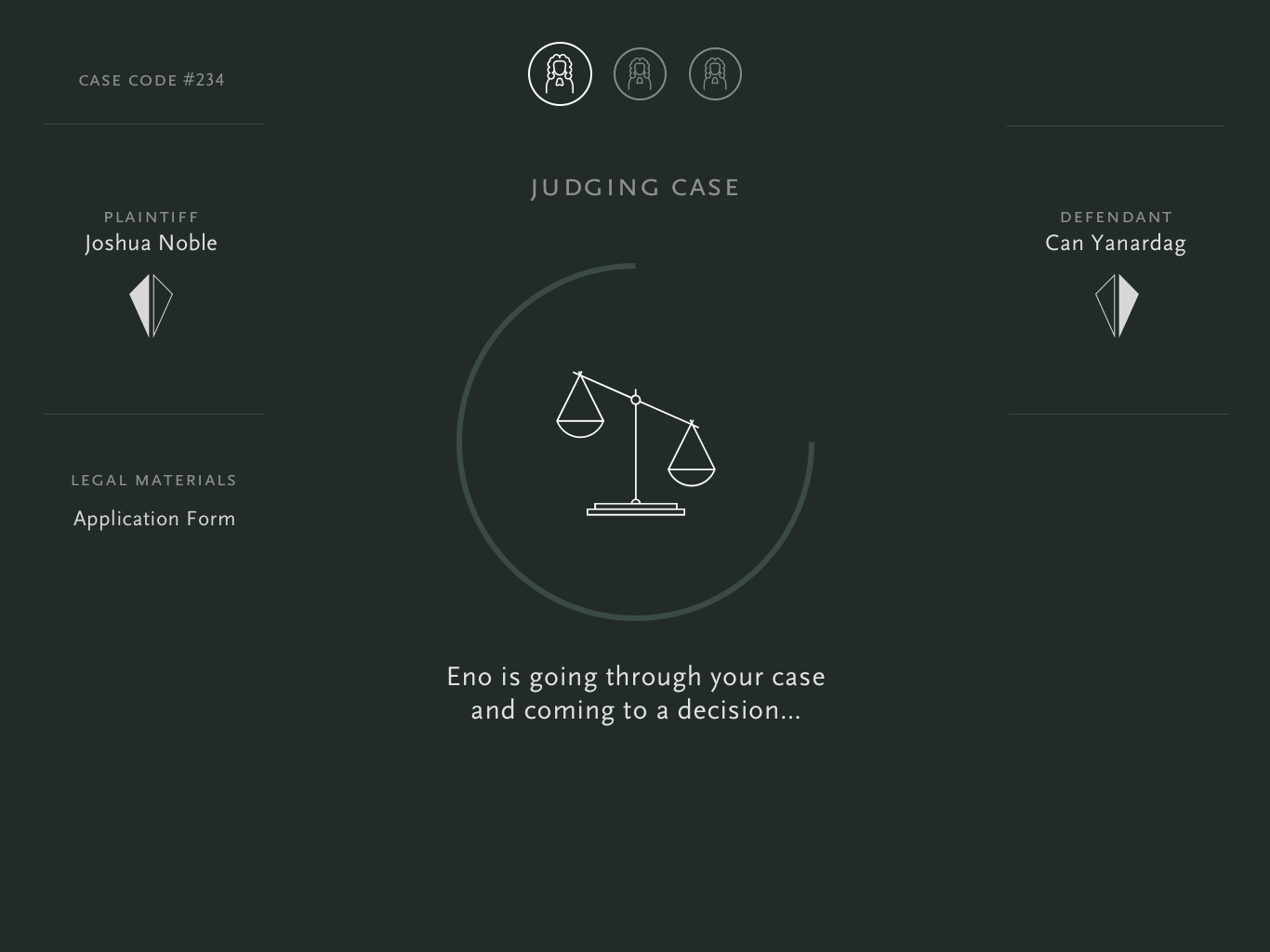 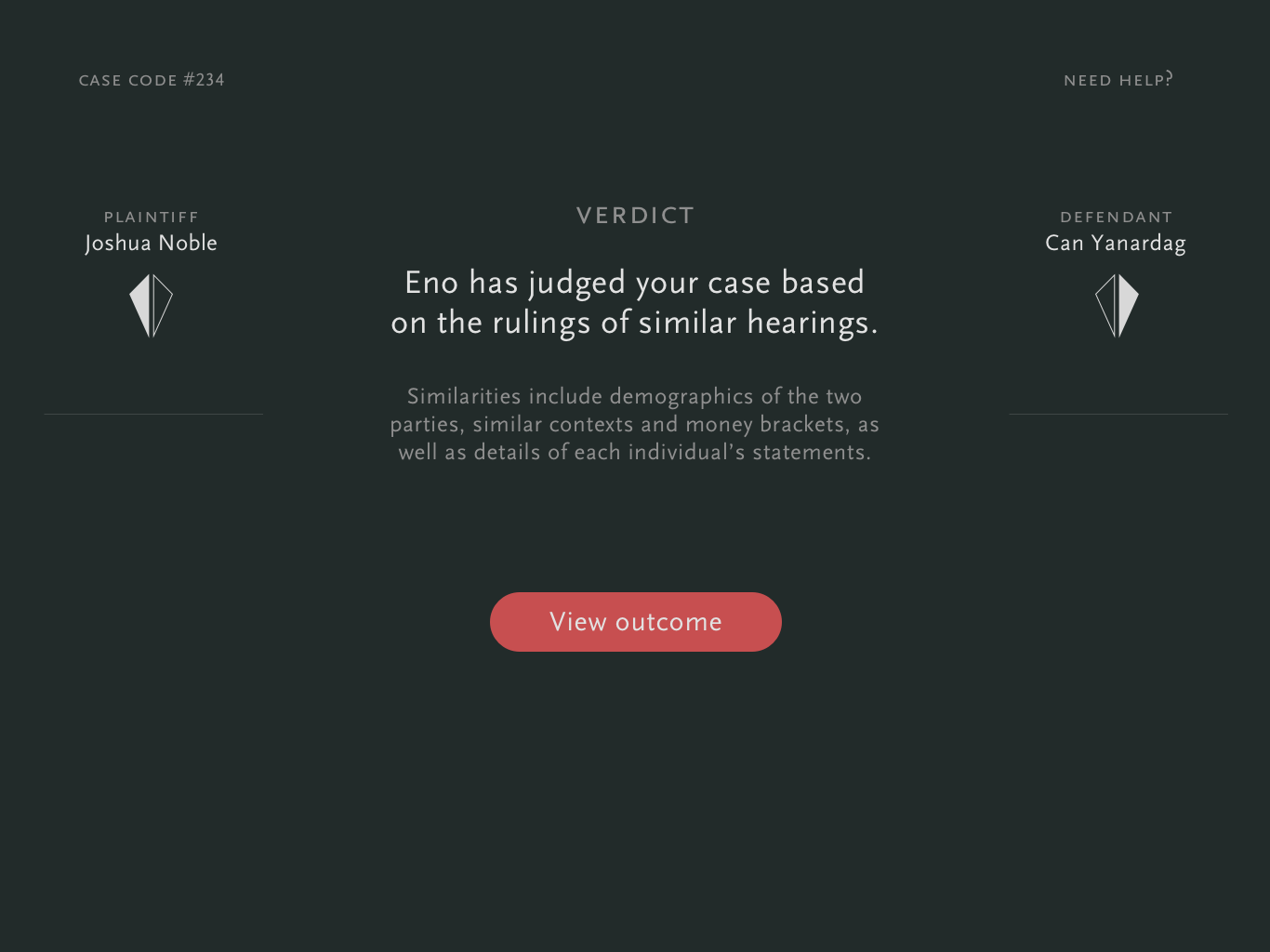 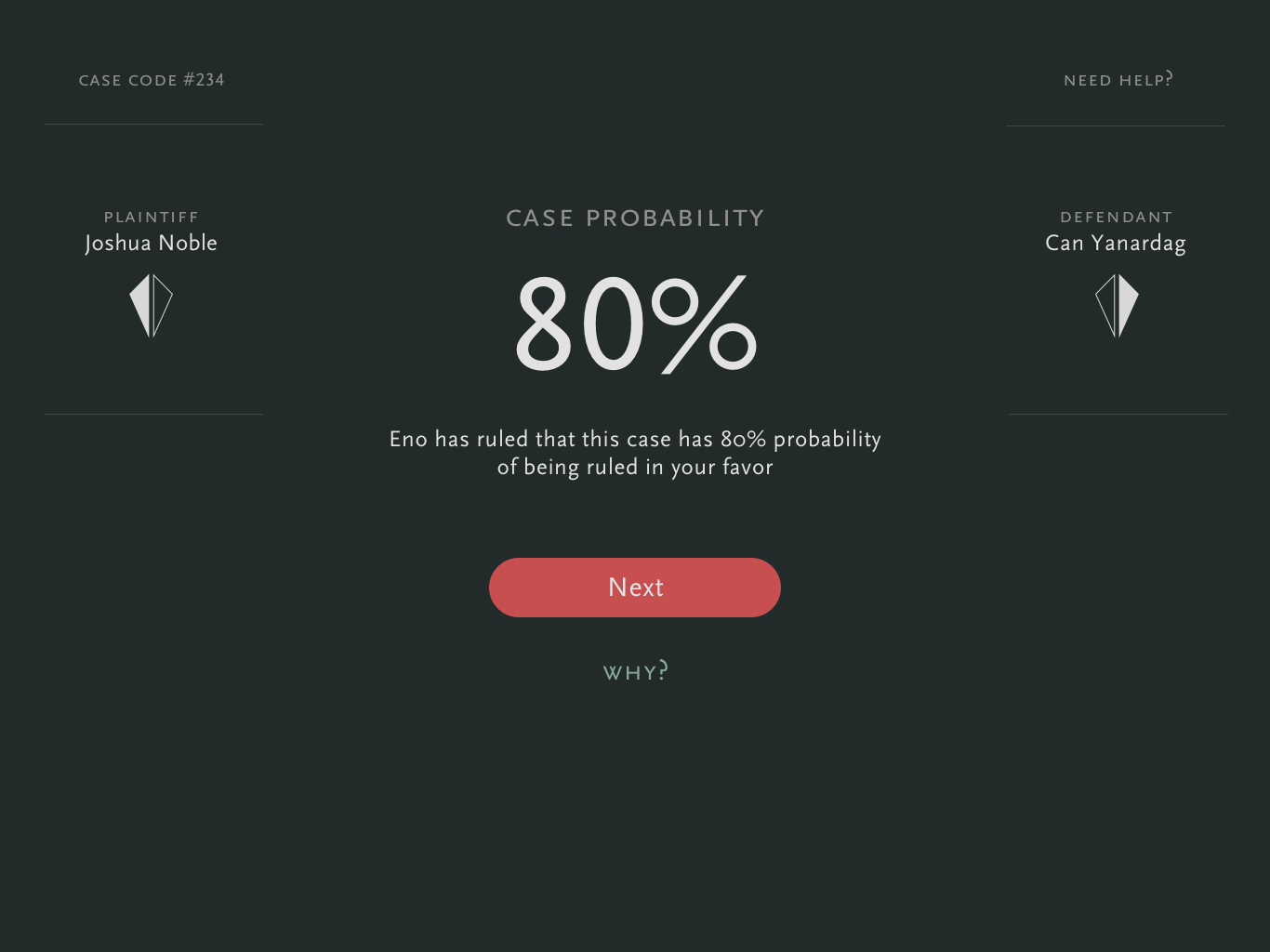 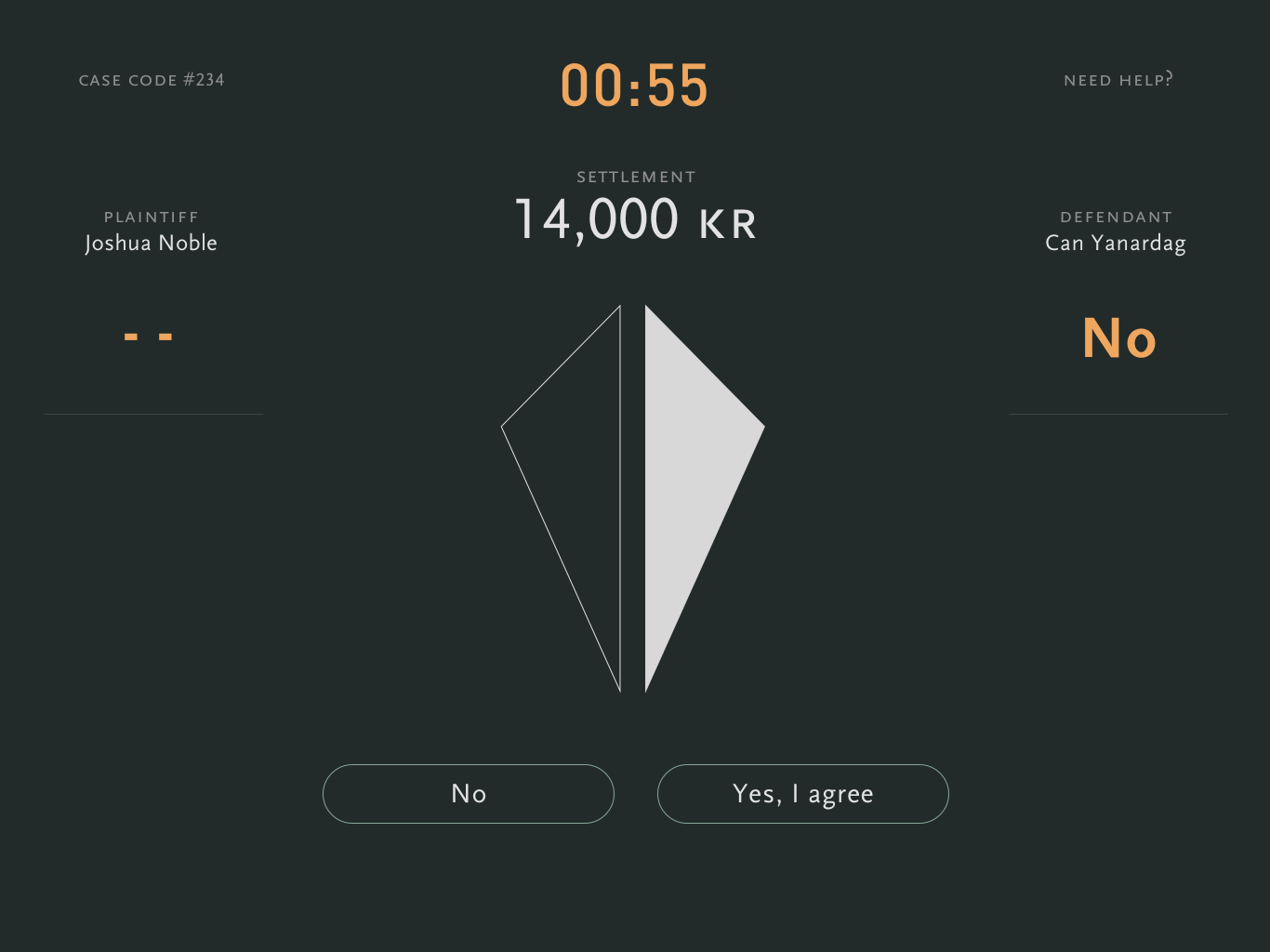 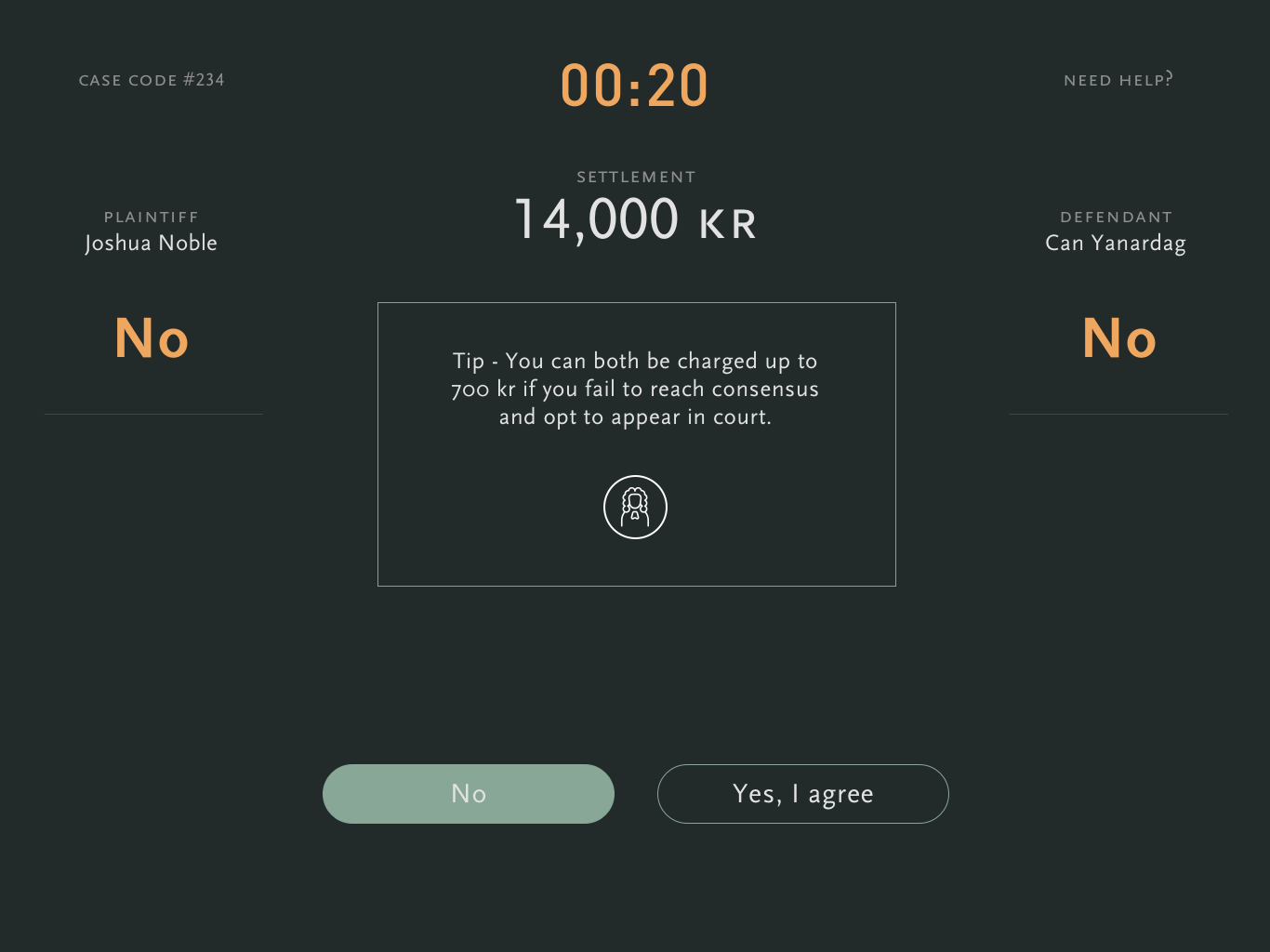 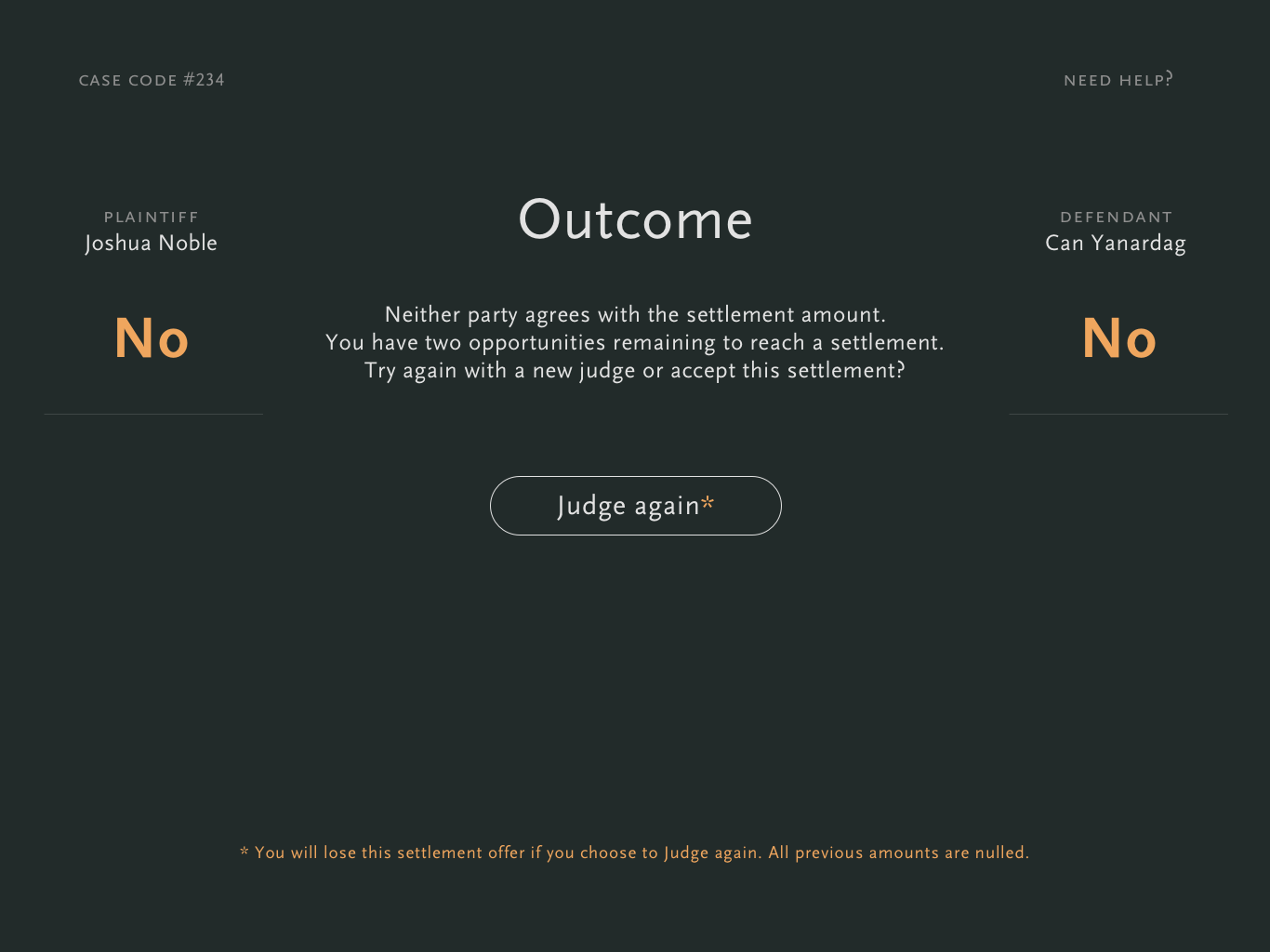 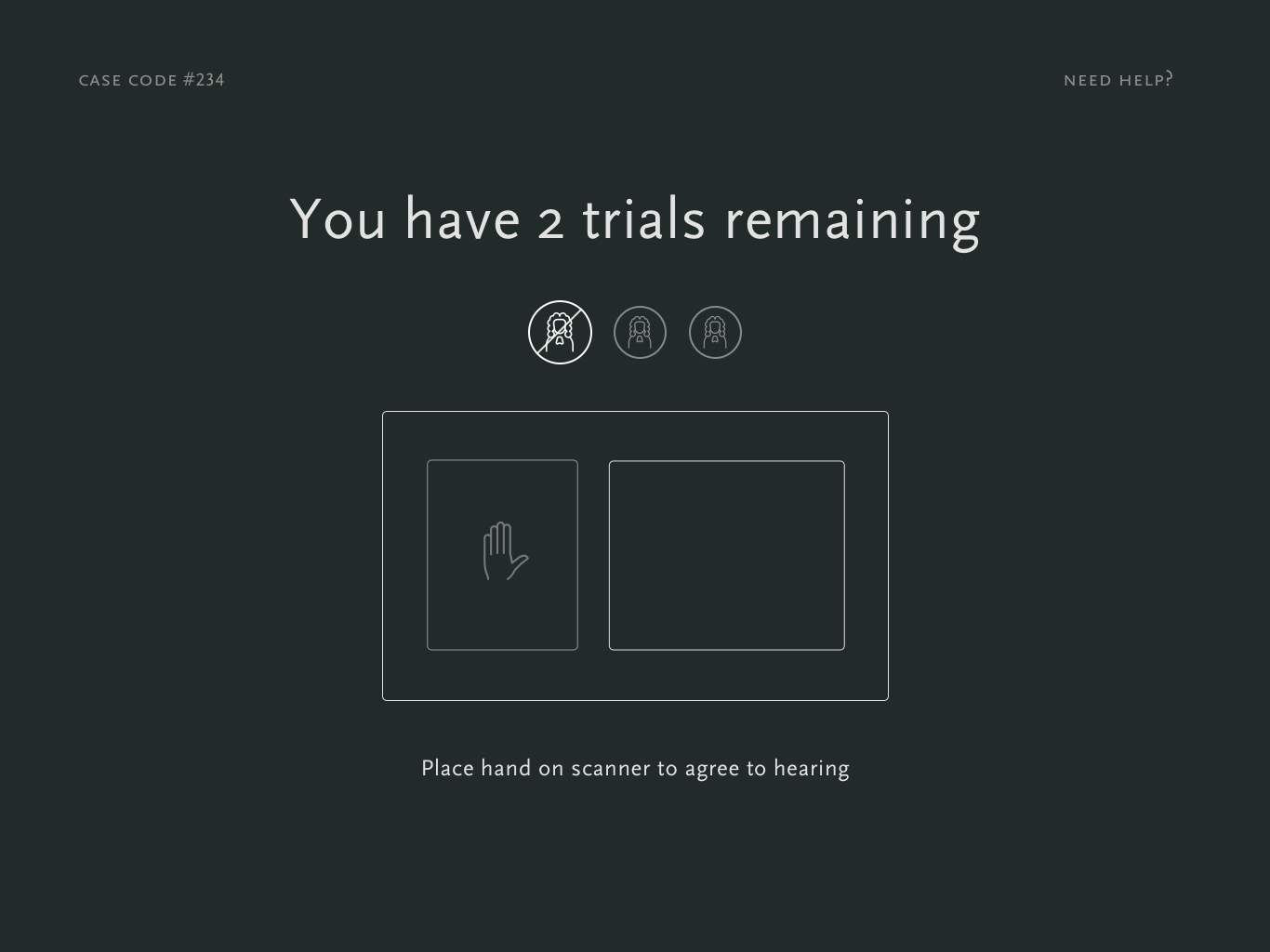 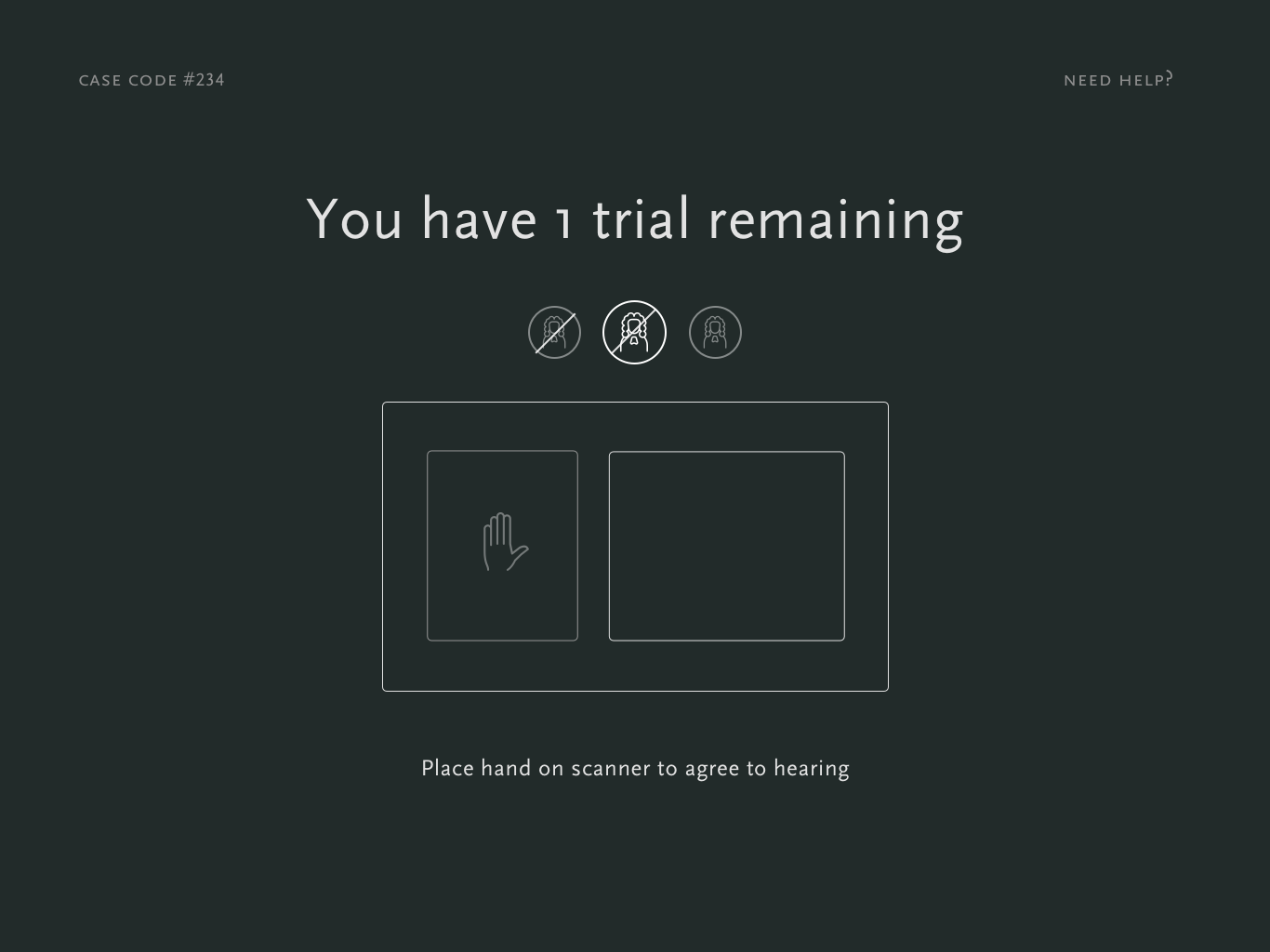