Cards to Save Humanity

Cards to Save Humanity is a game for families to talk about controversial topics through card game mechanics and role playing. The project was influenced by recent political events that highlighted the divide between generations and the lack of communication happening even among family. In partnership with the Balthazar group, the concept was developed to support inter-generational exchange between Retired Adults and Young Adults. 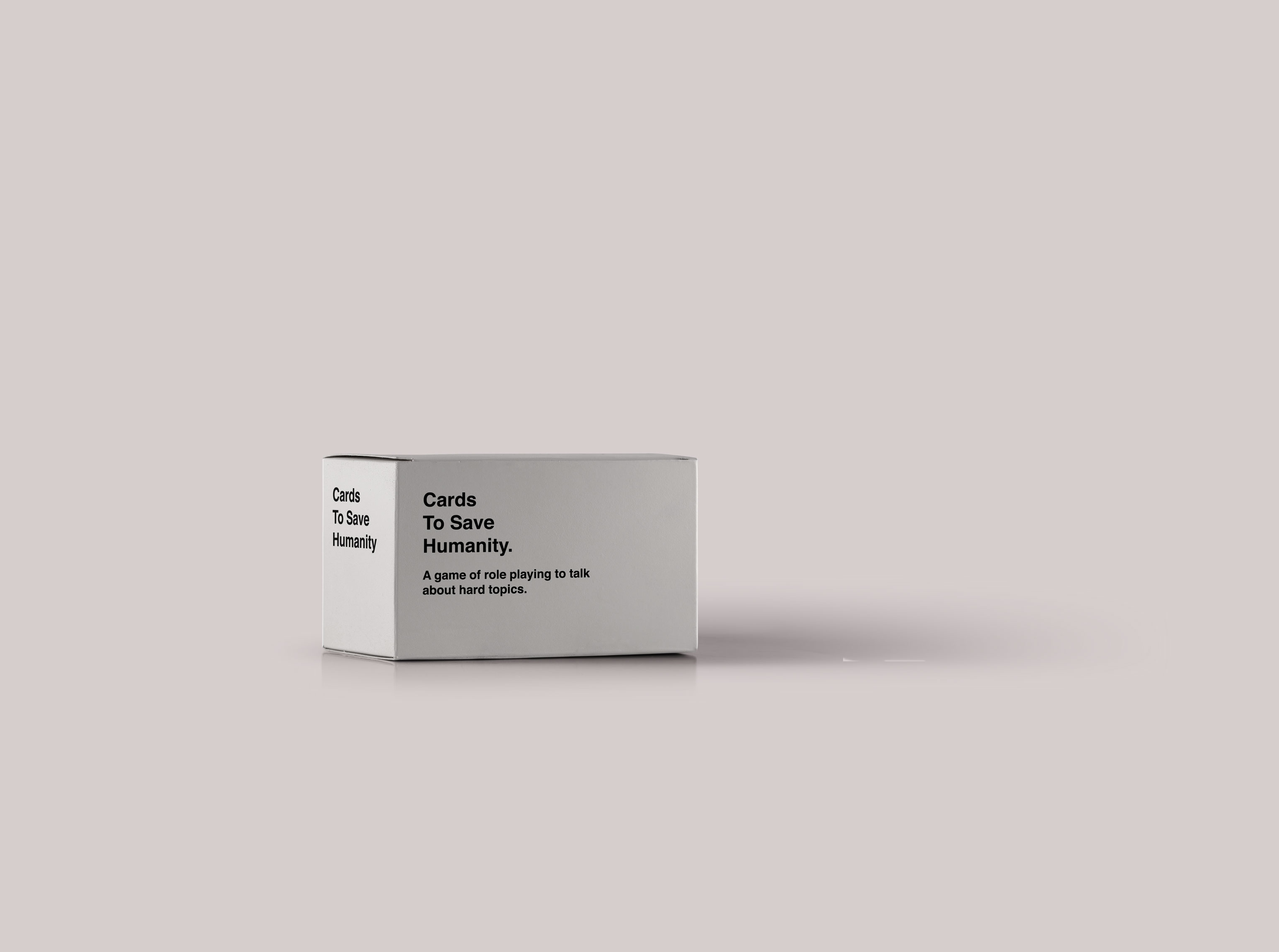 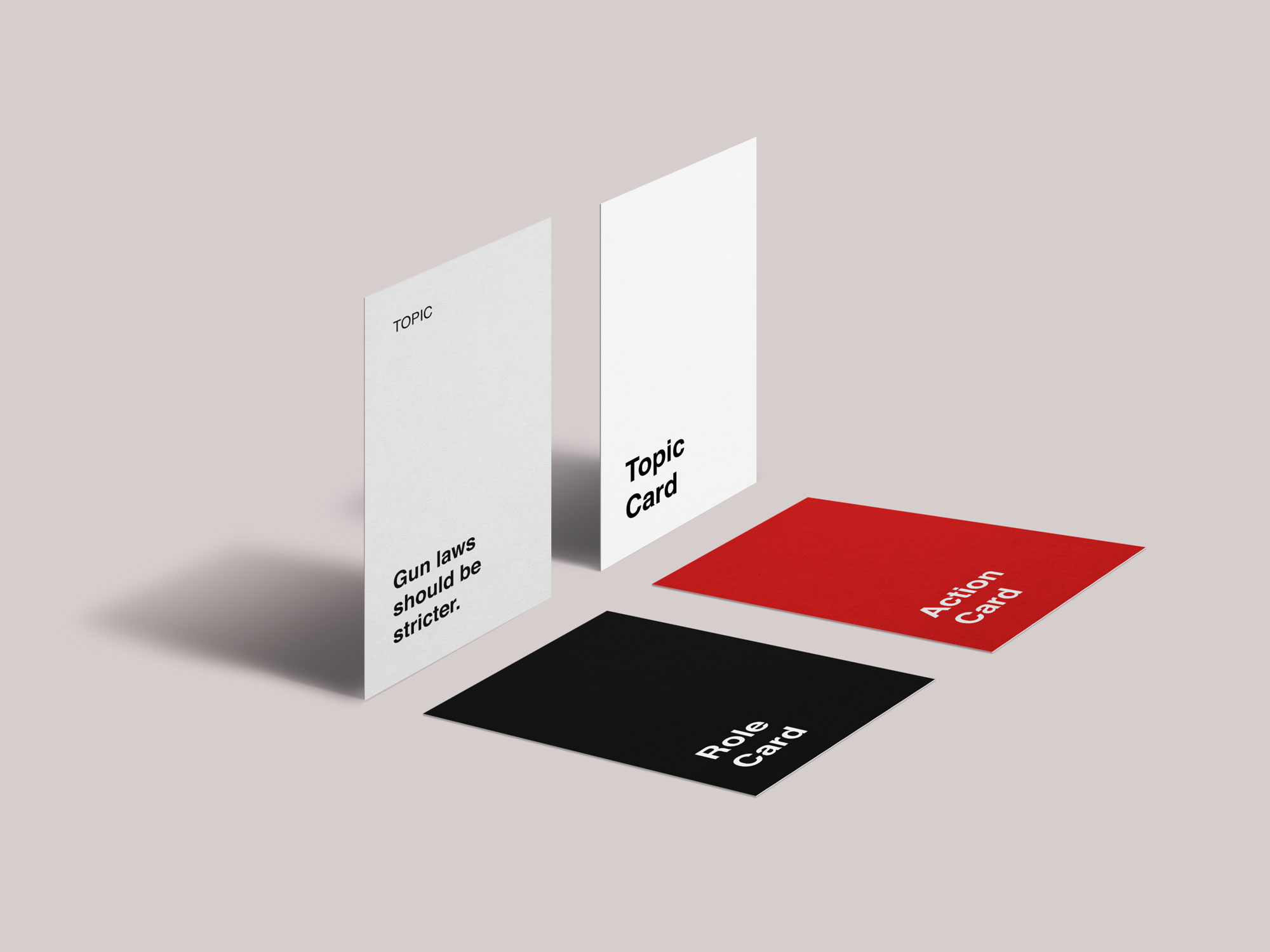 During the first week, we defined, questioned, and redefined our research objective– Identify and understand opportunities for new intergenerational services, products, or experiences that interweave the needs and potentials of retired people with the needs and potential of younger adults. We refined the research to object to Uncover the behaviors or interactions between generations in which one or both sides find reason to challenge their own perspectives/biases towards a charged topic. 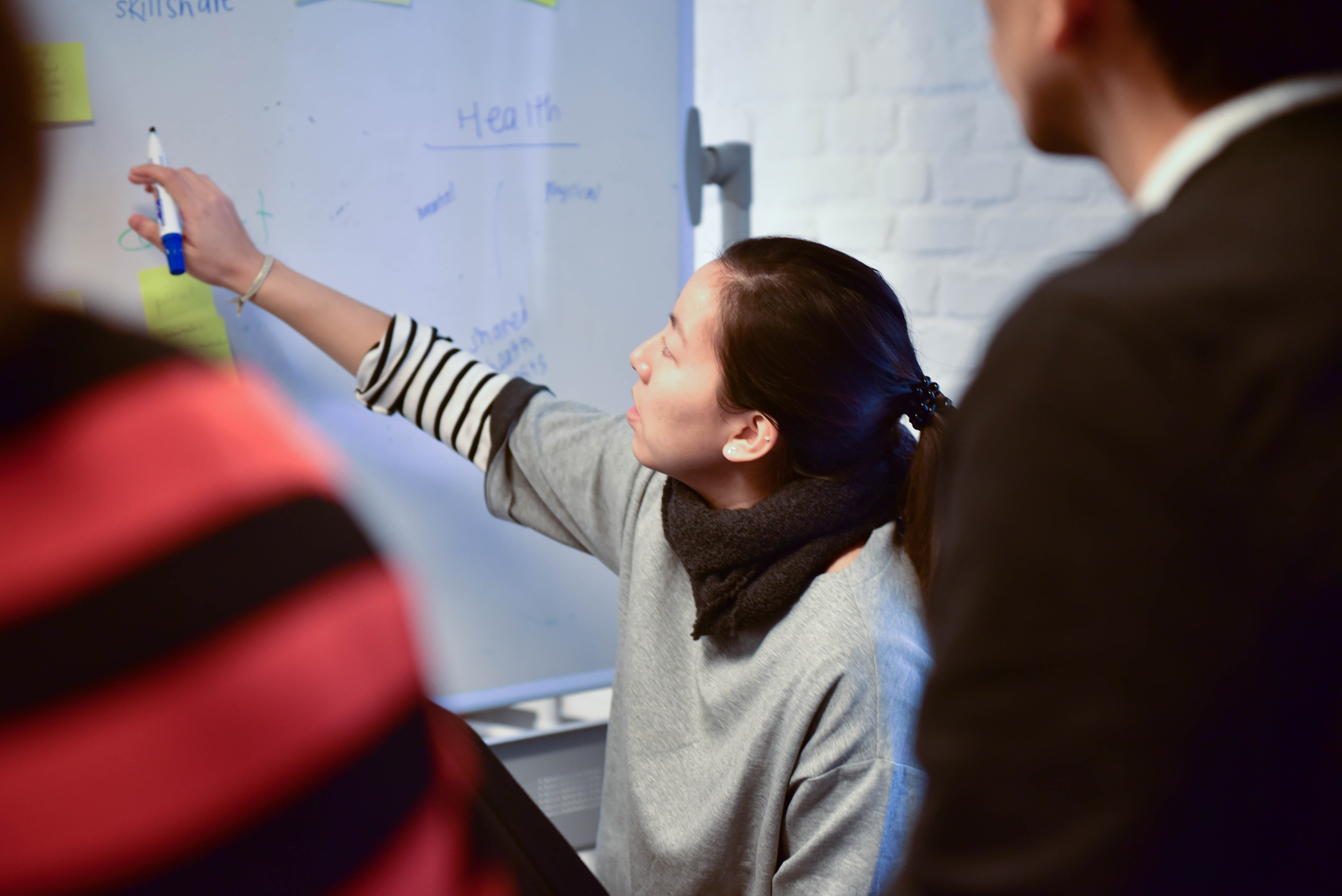 After defining our research focus we spent time generating research tools and a Research Protocol that would help gather enough content to synthesize insights. For example we created topic cards to help trigger reactions to sensitive topics without forcing interview participants to come up with their own.

Research from five deep-dive interviews with six people, aged from 30 to 69 and including three different nationalities, indicated that intergenerational tension was more pronounced in families than across broader communities. We also felt a need and desire for the younger generation to hear more from their parents and grandparents about their life histories and longview perspectives on some the political issues of today.

Based on our research insights we synthesized our design opportunity to "How might we connect people from different generations to build a longview on charged and complex topics?" Using this How Might We, we gathered and synthesized new ideas through cocreation sessions together with our research participants. Lightning rounds with different constraints helped generate more than 40 different concepts which we then clustered and found emerging themes. 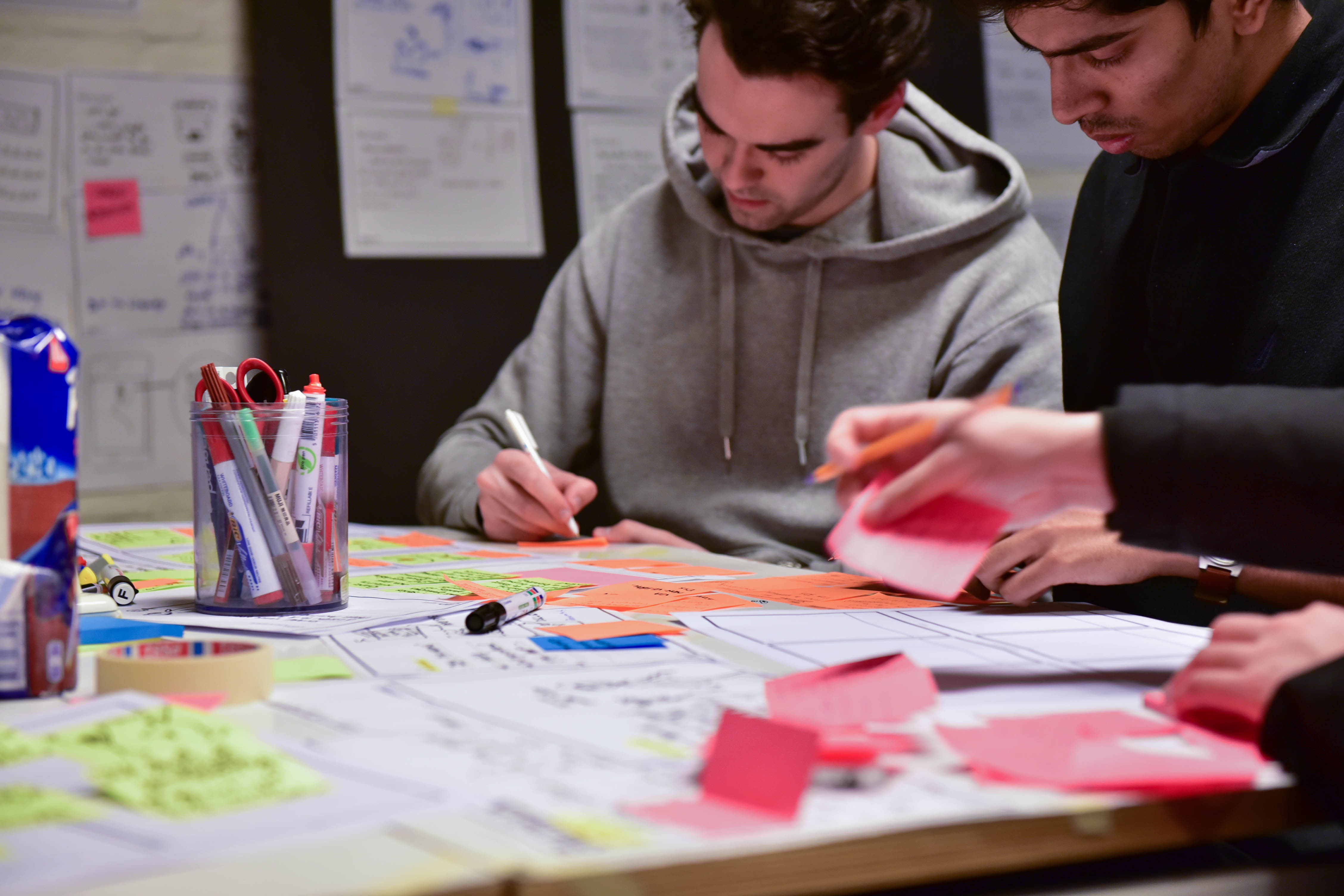 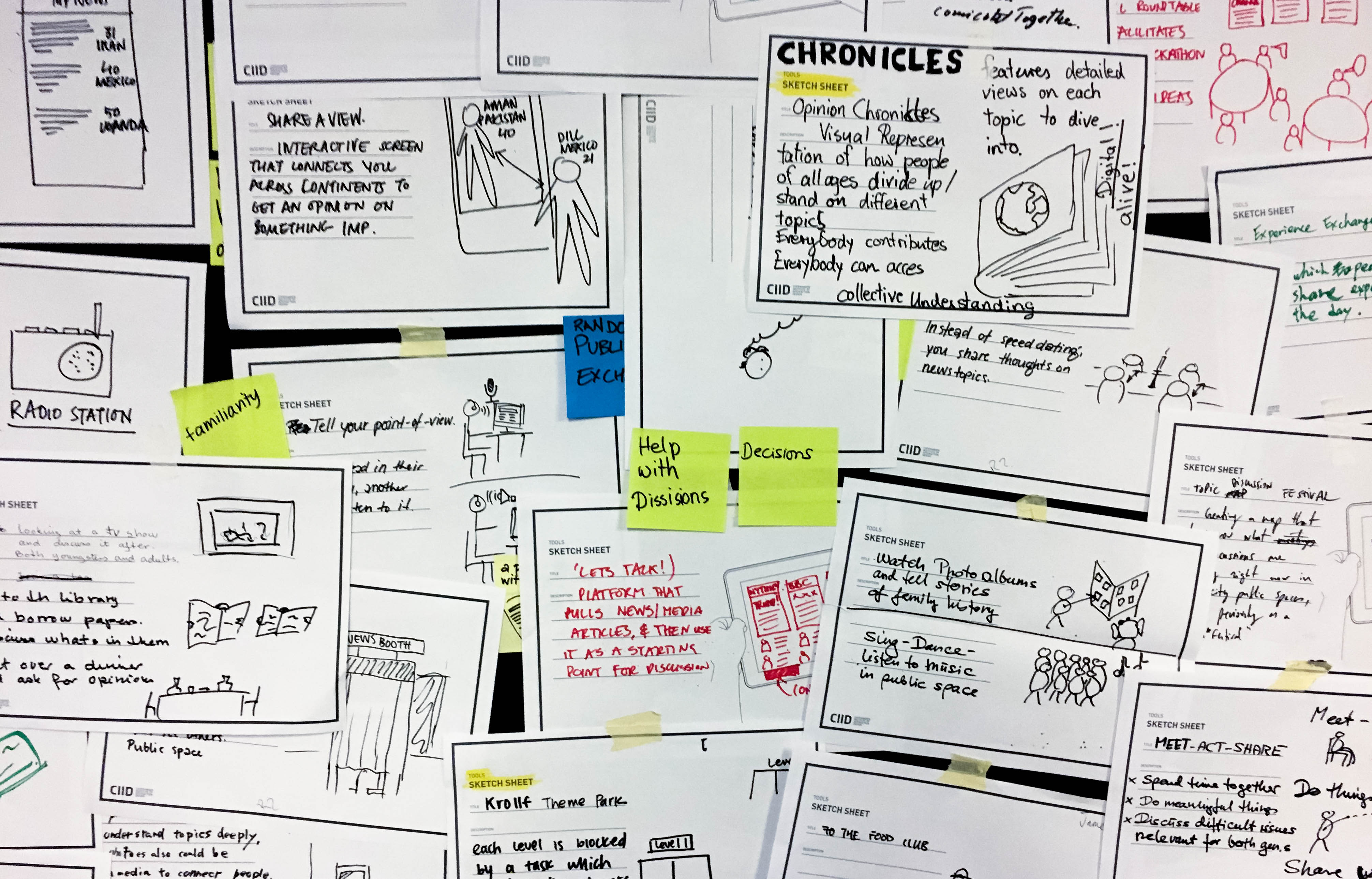